Darioush is 16 years old. He had to leave his home in the Middle East due to the fear of the Taliban.  His family could not travel with him as his parents and sister were deemed too old and this would be too problematic to safely cross the border. 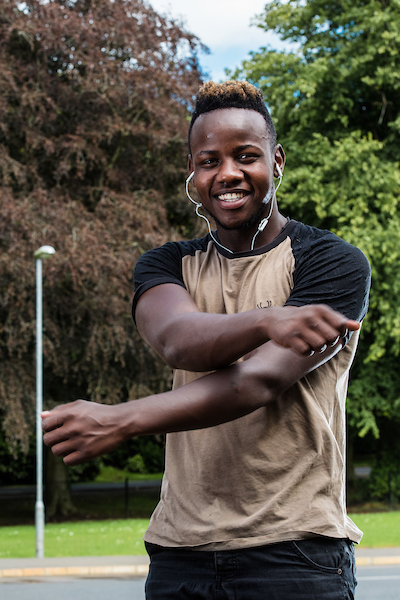 Darioush travelled through various countries in Asia and Europe by hiding in motor vehicle and sometimes on foot. He eventually got off a lorry in Northern Ireland and was taken to the local police station by a member of the public. Darioush had not planned to travel to Northern Ireland and did not know where he was when he arrived – he had planned to travel to England.

Darioush came into the care of HSC Northern Ireland Adoption & Foster Care and was placed in a residential unit specifically for these young people. They are also known as ‘Unaccompanied & Separated children & young people.‘ He was allocated two social workers; one in the residential unit and another to support him a young person in care.

Coming into the unit was very overwhelming for Darioush, he refused to eat and speak to anyone. However, as time passed, he began to trust adults and those around him and began to enjoy living here. Darioush very much enjoys living with other children of various ages and speaks about being in a new family.

Darioush’s key worker registered him with health professionals- he was a bit scared getting his vaccines but everyone was so kind and patient with him and now he doesn’t mind going to his appointments.

Darioush has to go through an asylum process (so he can get status in NI), which can feel daunting, but he has his own advocate and solicitor who work in his best interest to support him through the process.

Darioush was worried about his family but after months of research the Red Cross helped him locate his family, both he and his social worker talk to his parents on the phone regularly.

Darioush thinks education is very important and was keen to start school when he arrived. He is on a course where he learns English, Math, woodwork and other new skills and he goes to extra English classes with a tutor. Darioush is excited to build his skills so he can move into a school setting. Darioush is also working part time in a local Café.

Darioush loves to keep busy and he gets involved in a range of activities; cricket, socialising with his friends and going to the gym.

Darioush is a practicing Muslim and as such does not eat pork and has to have halal meat. He enjoys going shopping for the food he likes. He also attends the Mosque for prayers on Fridays and has a prayer mat and Koran in his room. Darioush’s religion is really important to him, he celebrates all special occasions and events including Ramadan.

Darioush has spent 3 months in the residential unit being assessed and supported to overcome the initial trauma faced on his journey. As the unit is only a short-term placement Darioush is now looking forward to finding a foster home that will help him integrate into the local community, make new friends and promote his culture.

HSC Northern Ireland Adoption & Foster Care urgently needs caring people who can open their homes to unaccompanied & separated children & young people, to make them feel welcome and have their culture respected. Could you change a young person’s world?

If you’d like to read more about becoming a Foster Carer for an unaccompanied & separated child or young person, please click here.

To get in touch with HSC Northern Ireland Northern Ireland to find out more about fostering please click here or call 0800 0720 137 to recieve a call back from one of our local social workers.